Does Jass Manak Smoke?: Not Known
Does Jass Manak drink alcohol?: Not Known
Jass Manak was born in a Sikh Jatt Family in Kapurthala, Punjab, India.
Jass Manak wanted to be a singer since his childhood; so, he started learning singing.
In 2017, Jass started his singing career with his debut song “U-Turn”.
In 2018, he came into the spotlight after singing and featuring in the song ‘Prada’ which crossed 3.5+ a million views in 20 hours on Youtube and appeared on Billboard charts.

Jass Manak’s famous songs are ‘Lehanga’, ‘Parda’, ‘U-Turn’, ‘Dhoka’, ‘Hanju’, ‘Bentley kali’, ‘Yaari’, ‘Without You’, etc.
In 2019, He released his album “Age 19”.
Jass is associated with Geet MP3.
Jass Manak also becomes one of the most-listened artists in Punjab, India on YouTube.
In 2019, he wrote the blockbuster song Surma Kala for Jassi Gill.
Jass Manak recently sings a single Lehanga, which is blockbuster and trends on the Internet for several weeks.
In January 2020, his song Parda Crossed 500 Million+ views on Youtube. 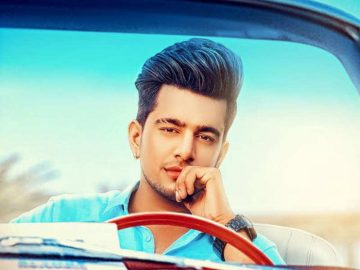