Hommie Dilliwala is an Indian famous rapper who is well known for making writing lyrics and he sings many songs with Yo-Yo honey Singh. Hommie gained a huge fan following on Instagram and Youtube.

Hommie Dilliwala was born in 1995 in his birthplace is Village Chandumajra, Patiala, Punjab, India. Her nick-name is Hommie. He completed her schooling from Private School thereafter he completed her graduation from new Delhi.

Hommie Dilliwala is a very famous singer in the rap industry and lyrics writer. he has over a thousand followers and a million like and views on the song. he also makes short-acting videos with an amazing expression on his face Many of his videos went viral on Instagram and YouTube. 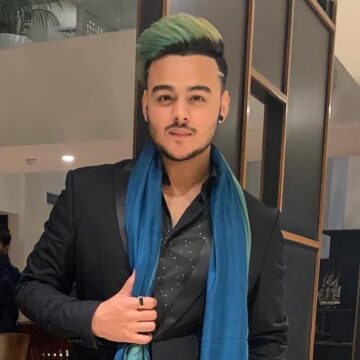