Himmat Sandhu is a Punjabi singer and model. He came into the spotlight with his Punjabi song “Saab.”

Himmat Sandhu is an Indian Singer and Model. He was born on year, 1997 in Lakhimpur, Uttar Pradesh, India. He mainly works for Punjabi Music Industry. Himmat Sandhu started his singing career with Punjabi film ‘Saab’ in released in the year 2018.

He has participated in many singing competition during his school days. Himmat Sandhu was the second runner up in Voice of Punjab Season 7. He has sung by many Punjabi popular songs like, Dhokha, Marzi De Faisle, Rayban, Daru Di Smell and Saab etc.

Himmat Sandhu Age 22 Years Old, He born in Lakhimpur, Uttar Pradesh. His Father Name and Mother Names are not known. He is unmarried and not dating anyone. He belongs to a Sikhism family, His Caste is Jatt and His Nationality is Indian.

Does Himmat Singh Drink Alcohol?: Not Known
Does Himmat Singh Smoke?: No
He is a Singer, Model by Profession(s)
Himmat Singh is a singer who mainly sings Punjabi songs.
He was born and raised in Lakhimpur, Uttar Pradesh whereas his ancestral roots are in Tarantaran, Punjab.
He used to participate in singing competitions during his school days.
His parental uncle was a singer and after listening to his songs, Himmat also developed an interest in music.
After completing his schooling, he relocated to Bathinda and joined Baldeep Singh’s music academy to learn the details of the music. 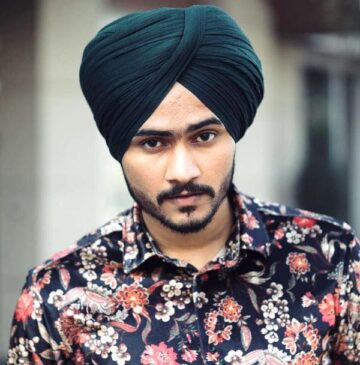