Khurana hails from Kiratpur Sahib, Punjab. She considers her mother, Suneet Kaur, as a strong motivation in her life.

Himanshi Khurana is an Indian model and actress who works in Punjabi-language films. She appeared in the Punjabi movie Sadda Haq. In 2019, she participated in the reality show Bigg Boss 13 as a contestant.

Khurana started her modelling career at the age of 16 when she became Miss Ludhiana. She was one of the finalists in Miss PTC Punjabi 2010. In the same year she won Miss North Zone contest organised in Chandigarh

She made her debut in the Punjabi Music Industry with the song “Jodi – Big Day Party” (Panjabi MC & Kuldeep Manak) in 2010. Later, in 2012, she starred in the music videos for (Fasli Bateray) by (Feroz Khan) and Izhaar (Harjot). In 2013, Khurana was seen in Soch (Hardy Sandhu) and the hit movie Sadda Haq. The year 2015 proved to be a very successful year for Khurana as she worked with many singers, including Jassi Gill, Badshah, J Star, Ninja, Mankirt Aulakh and others. In March 2016 she starred alongside Sukh-E (Muzical Doctorz) in Sad Song. In 2018 Khurana made her debut as a singer with song High Standard.

Khurana made her debut in Punjabi cinema as an actor with the Punjabi movie Sadda Haq which helped her in gaining fame. Although her first Bollywood film was Jeet Lengey Jahaan (2012). She then appeared as a lead role in Punjabi movie Leather Life (featuring Aman Dhaliwal as male lead). 2015 Punjabi language film 2 Bol also features Khurana as a lead actress. She also acted in six south Indian Movies – 2 Kannada, 2 Tamil, 1 Telugu, 1 Malayalam. 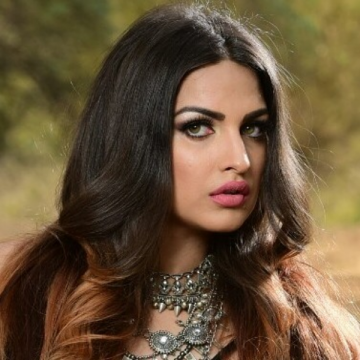