Harvi is a brilliant songwriter, singer and composer associated with Bang Music and Gremin Media. Recently, he was launched with the release of his very first Punjabi song Kde Kde (according to Harvi), which set the miracle in his career. He was born in a sikh family on April 5, 1999 and his birthplace is Dhesian Kahna, Jalandhar. He is the youngest son in the family. The main occupation of his family is agriculture and his father is a truck driver. He says that he is proud of his family, especially his father, who have sacrificed a number of desires for him to accomplish his goal. In fact, he was supported by his entire family in the hard times. His family background is Gurdaspur, Punjab.

He tells that his father is the biggest motivation for him, because after moving from Gurdaspur, he established himself one more time from beginning. Furthermore, his father was the only earning hand in the family, but he took care of all the necessary needs of him and his siblings in a perfect manner. 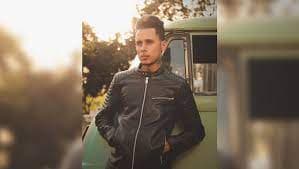