Goldie Sohel hails from a family of musicians, His Grandfather was one of the renowned artist,who used to sing for All India Radio and others. His father is also a singer-songwriter and had worked from some devotional albums. Goldie spent his childhood surrounded by musical artists with whom his father worked closely with.

Goldie’s style and flavour deliver a sound that is easy on the ear and alluring even for those who aren’t drawn by his specialised genre. However, you would be mistaken to think Goldie’s talents lie in just the one genre.

Goldie started his musical journey as performing at school/college functions and performing as solo artists. Lately in 2009,September Goldie Sohel formed his band named “Sukoon” and then carried on his journey of his musical era till present.

1.Door Naa Jaa (For which Goldie Sohel is know for his music and good work).

2. Ferrari (this song is all about fun,madness and friends).

3. Atankhwaad (a small jingle composed on stage within 1 minutes, as they were requested by the Judges. The song ask the terrorist to leave terrorism and lead a peacefull life. It was highly appreciated by the Judges and the crowd).

Although many bands from different states(Delhi, Kolkata, etc), shared the stage on that mighty competition, but Goldie Sohel and his band ‘Sukoon’ on their debut stage competition won it with high appreciation from the judges and lots of love from the big crowd…

And his journey of music continued, again in 2011 Goldie performed along with his band ‘Sukoon’ at North-East beach rock festival at the shore of the mighty Bramhaputra river. They shared stage with different musical bands of different genres(metal bands,rock and roll,classic rock). ‘Sukoon’ was the only sufi rock band performing in the festival. Although ‘Sukoon’ did not won the beach festival but Goldie Sohel was announced and awarded as the best vocalist.

In the same year, Goldie Sohel performed for Smith & Jones ” music ka tadka” and shared stage with renowned artist Tochi Raina and Kavita Seth.Also many bands and solo artists from all over India performed.

In 2012, at IIT, Guwahati (Alcheringa Festival) Goldie Sohel performed in solo singing competition i.e Voice Of Alcheringa and he won the competition. He sang the evergreen and heart touching song of the great legendary Nusrat Fateh Ali Khan Shaab and also his own compositions during the round.

In 2012, Goldie Sohel composed a song “Naa Jaane Kyu” for his friend who sang it. Goldie also sang few lines in the song. the song was loved by many peoples.

In 2013, Goldie Sohel & The Band Sukoon has shared stage with many renowned artists like Sushmit Bose, Babaji Warklung Phuningding and Guru Rewben Mashangva.

Recently in 2013, Goldie Sohel and his band toured various place of Assam for Royal Stag concerts, Kingfisher concerts, and many more.

In the same year,He released his first single ‘ Tanhaa Saa Hai’.
Lyrics and composed by Goldie himself. It was released on propose day as it was a valentine season song that defines all about love. It recieved good respone.

Goldie Sohel is working on some new songs along with his band ‘Sukoon’, also for the release of his first official video of the song ” Door Naa Jaa” 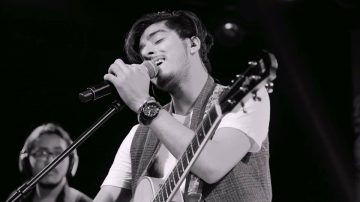