Ajey Nagar (born 12 June 1999) is an Indian YouTuber and streamer from Faridabad, India. He is known for his comedic skits and reactions to various online topics on his channel CarryMinati, which has gained over 15.3 million subscribers as of May 2020.

About CarryMinati birthday, we can tell you that he was born on June 12, 1999. He came from Faridabad, near the capital New Delhi, and is still based there. Carry went to school until 2016, when he was 17 years old, then he dropped out to be a full-time YouTuber. CarryMinati first skipped the Class-XII Board exam because he didn’t like the economics section. But later, he completed the exam after doing long-distance learning.

Now that you know what CarryMinati birthday is, you can probably guess CarryMinati age. In 2020, CarryMinati will be just 21 years old. Even though he is very young, he has already created numerous kinds of video content for our entertainment. He started out when he even younger, at only 10 years old.

At the beginning, CarryMinati posted videos of himself playing video games and imitating Sunny Deol. His main YouTube account so far has been CarryMinati, which began in 2014. When the channel first started out, the name of the channel was “Addicted A1,” where he uploaded footages of his gameplay and reactions on the games like CS:GO. It didn’t bring in a lot of audiences back then.

Then in 2015, Carry changed his channel’s name to CarryDeol, where he posted videos of himself playing CS:GO and imitating Sunny Deol. Then finally, the name of the channel became CarryMinati, and Carry began to make “roast” videos. 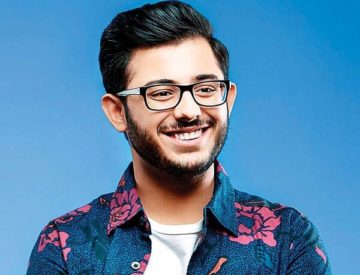