Bhavdeep Romana is a popular artist from India.

Bhavdeep Romana who is known for debuting in a MTV reality show ‘Dating in the dark 2018’ by Banijay Asia and Viacom 18 is all set to do a single for T-Series.

Bhavdeep is working alongside Kashika Patiyal in a romantic single which has a twist where Kaniska who is suffering from a disorder is head over heels for Bhavdeep. It’s a beautiful song that shows love can win over everything.

Before debuting for the in National television on MTV Bhavdeep had appeared as a lead actor in a Punjabi movie called Nagara which was premiered at PIFF- Punjab International Film Festival.

Other than doing singles and short films, Bhavdeep has done events with celebrities like Guru Randhawa, Farhan Akhtar, Gurdas Mann, Dilijit Dosanjh, Neha Kakkar and many more.
His passion was always to work in the entertainment industry, and through his hard work he has been achieving his dream.

In conversation with Bhavdeep, he mentions “I have always had a passion towards music and acting, my family was really supportive of my decision. From my college days, I have performed on stage and then I shifted to Mumbai to pursue my dreams. It has been a sweet and long journey. Now working with T-Series has put me on a larger platform. It is a beautiful song of loving and accepting a person in any condition. It was a wonderful experience working alongside Kashika Patiyal I am really excited as the single will be soon released!”

Bhavdeep Romana has been appeared in channels as follow: T-Series Apna Punjab. 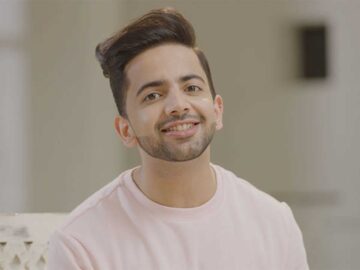