Amninderpal Singh Virk, better known as Ammy Virk, is an Indian singer, actor and producer owning his production house under name Villagers Film Studio and a distribution company In House Group. He is best known for playing the role of Nikka in Nikka Zaildar, Shivjit in Qismat, Harjeet Singh in Harjeeta, and Haakam in Angrej.

He started his singing career with a single track which went on to become very popular. Later on, he did other songs including “Yaar Amli” and “Jatt Da Sahara” which popularized him in the Punjabi music industry globally. His first album “Jattizm” was released in 2013 which got the “Best Album of The Year” award in PTC Music Awards. His most popular song is “Qismat” which was released in 2017, after which a film was titled.

He started his acting career with the role of Hakam in the historical romance Punjabi film Angrej (2015) for which he won Best Debut Actor Award at PTC Punjabi Film Awards. Also, he had starred in some other successful films like Bambukat, Ardaas, Nikka Zaildar, Laung Laachi and Qismat. Gurnaaz Kaur of The Tribune described Virk as Nikka as one of the most loved characters of Punjabi cinema. He is known for his Patiala-Shahi turban. His films Angrej and Qismat are one of the highest grossing Punjabi films of all time. He is making his Bollywood debut with film 83 (2020) directed by Kabir Khan based on 1983 Cricket World Cup. 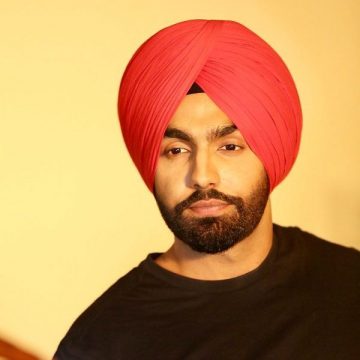