Akasa is the stage name of Akasa Singh, a singer and performer. She is most known for her song “Kheech Meri Photo” from the 2016 Bollywood movie Sanam Teri Kasam (2016 film). Starting her career through reality shows, she was signed to Sony Music India. Her debut pop single “Thug Ranjha” crossed 27mn + views in one month and became the most watched Indian video worldwide on YouTube.

Akasa will debut on television as a host for “Secret Side” on MTV Beats.

Akasa started her career with Mika Singh where she was the only girl in a band of 10 male members. She was a contestant in India’s Raw Star. Her mentor on the show, Himesh Reshammiya, promised Akasa that he would give her a break in Bollywood which she got through the song “Kheech Meri Photo” of the 2016 movie Sanam Teri Kasam. Akasa was also a contestant in Amazon Prime’s original reality show The Remix with DJ Skip.

In 2017, Akasa, who has also featured in Being Indian’s Judaai and Jugni Ji released a duet with Ricky Martin called Vente Pa Ca. She has also done a mashup of Ed Sheeran’s Shape of You and Badshah’s Mercy and released a cover version of Zara Zara song from the movie RHTDM.

Akasa released her duet single Thug Ranjha on 18 May 2018. Along with her, the video featured two male actors, Shasvat Seth and Tiger Zinda Hai actor Paresh Pahuja. The official video went out to be the most viewed Indian video on YouTube worldwide. 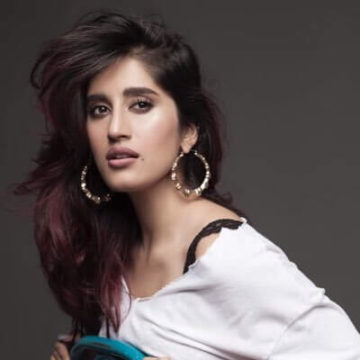