Abhay Jodhpurkar is an Indian singer born in Madhya Pradesh. He is best known for his song “Moongil Thottam”, a duet with Harini for the Tamil film Kadal and “E Sanje Eke Jaruthide” for the Kannada film RangiTaranga. In 2018, he sang “Mere Naam Tu” for Zero, which marks his singing debut in Bollywood.

Abhay has learnt Qawwali for two years and got the opportunity to sing in A.R. Rahman’s Sufi albums. Abhay learnt Hindustani classical music for 3 years at Alaap music academy, Chennai from Kuldeep Sagar. His music journey started when he got into A.R. Rahman’s school KM Music Conservatory.He started singing in different languages like Tamil,Telugu,Kannada and Malayalam as well as Hindi. 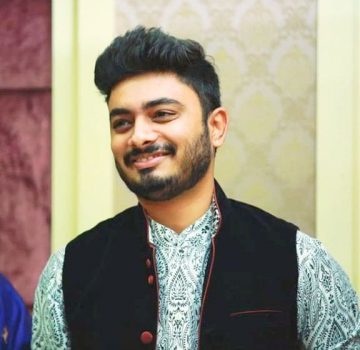