Aarsh Benipal is a singer from India. He was born on 17th October 1992 at Malakpur Village, Khanna, Ludhiana, Punjab, India.

Aarsh Benipal has a brother. His name is Jass Benipal. Check out the table below to get complete information on Aarsh Benipal.

Aarsh Benipal is an Indian singer, and actor associated with Punjabi music and Punjabi cinema. He debuted with his song “Rang Sanwla” in 2014 and subsequently won the PTC Punjabi Music Award for Best Debut Vocalist (Male) in 2015 for “Goli” and “Rang Sanwla”. When released, “Rang Sanwla” caused some controversy due to its portrayal or fair-skinned women.

Benipal was born in Ludhiana, Punjab, India. where he studied and obtained a Bachelor of Arts and Postgraduate Diploma before moving to Australia in 2008 and started singing professionally. Benipal currently resides in Winnipeg, Manitoba, Canada with his wife and son . He has a brother, Jass Benipal 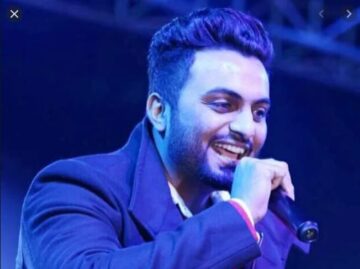