Wazir (English: Vizier) is a 2016 Indian crime thriller film. When his daughter is killed by the terrorist he is chasing, Daanish, a cop, swears to seek revenge. He finds a confidante in Pandit, an unassuming grand master, also mourning the loss of his daughter. 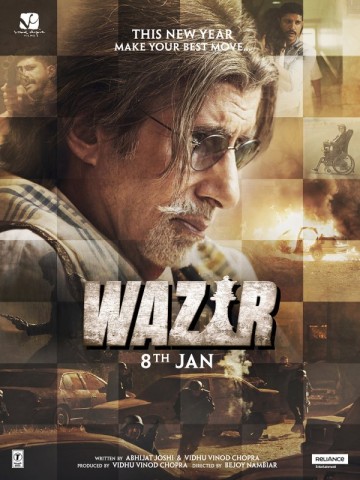