Tirangaa (English: Tricolour) is a 1993 Indian action drama film starring Raaj Kumar, Nana Patekar and Mamta Kulkarni. The movie was a blockbuster. At the time of 1993 Bombay bombings, Plaza cinema, Mumbai was also bombed where the movie was being shown, leaving 10 dead and 37 injured.

Meanwhile, on the New Year’s Eve Harish and his friends witness an attempt of murder on Radha Tandel. They rush her to hospital but later on flees as the staff calls police to inquire about the case. Police then trace Harish by his wallet which was left at hospital and charge him with an attempt to rape on Radha.

After knowing who Suryadev is, Pralayanath Gendaswami tries to kill him by planting bomb in his car. But Suryadev’s car is a high tech vehicle and hence he makes an escape with his driver/bodyguard Bahadur from a below passage door in car. Then the news is widespread that he has been murdered.

But Suryadev escapes and tells this news to Pralayanath through a TV interview. Pralayanath tries to kidnap Professor Khurana but Suryadev and Waghle fail his attempt. Then Pralayanath tries to kill Harish and his friends, but one of his friends sacrifice his life to save him on the eve of Raksha Bandhan. Pralayanath then again tries to kidnap Professor Khurana but fails to do so, and instead takes the fuse conductor to make his missiles work. Waghle and Suryadev track him down through their trans-meter. Suryadev foils Pralayanath’s missiles by taking out the fuse conductors and guns him down. Waghle finishes off Pralayanath’s son. The film ends with the 15 August programme concluding successfully. 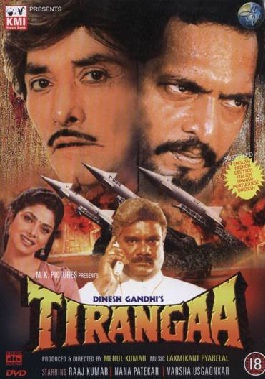