Stree (transl. Woman; Hindi pronunciation: is a 2018 Indian Hindi-language comedy horror film. The film is directed by Amar Kaushik, written by Raj Nidimoru and Krishna D.K. and produced by Dinesh Vijan and Raj Nidimoru and Krishna D.K. under the banner of Maddock Films in association with D2RFilms. Later purchased by Reliance Jio Studios. The story of Stree is based on the Bangalore urban legend Nale Ba (English: Come Tomorrow), about a spirit who knocks on people’s doors at night. Stree stars Rajkummar Rao and Shraddha Kapoor. Pankaj Tripathi, Aparshakti Khurana, and Abhishek Banerjee appear in supporting roles.

In late November 2017, Raj and DK approached Rao to star in the maiden production. As part of the preparation for his role of a tailor, Rao learned to sew. In December, Kapoor was confirmed as the film’s female lead. Raj and DK brought on their First Assistant Director from Go Goa Gone, Amar Kaushik to direct the film in January 2018. Principal photography began on 13 January 2018 in Chanderi. Filming took place in Bhopal and Mumbai; the final schedule was completed in May 2018. The soundtrack was composed by Sachin-Jigar with lyrics written by Vayu, Badshah, and Jigar Saraiya.

Stree had its theatrical release on 31 August 2018. It received positive reviews from critics, with praise directed to the film’s ingenuity, but received some criticism for its runtime. With gross earnings of over ₹180 crore (US$26 million) against a budget of ₹23–24 crores, Stree emerged as a commercial success. Stree received ten nominations at 64th Filmfare Awards, including Best Film, Best Director for Kaushik Best Actor for Rajkumar Rao and Best Supporting Actor for Pankaj Tripathi and Aparshakti Khurrana. It won Best Debut Director for Kaushik. 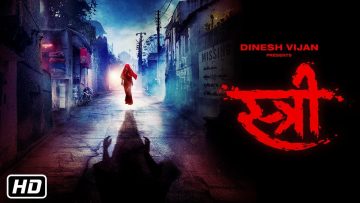