Mimi is an upcoming Indian Hindi comedy film written and directed by Laxman Utekar, co-written by Rohan Shankar and produced by Dinesh Vijan under his banner Maddock Films.

Principal photography began in Churu on 29 October 2019 and it was supposed to earlier release theatrically in mid-2020.

However, post-production delays due to COVID-19 pandemic caused a major postponement in its release date. The film will now premiere on 30 July 2021 on JioCinema and Netflix. 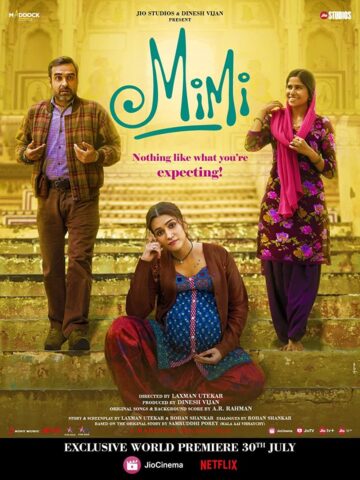