All Made In China-2019 Songs Lyrics

A middle-aged Gujarati businessman (Rajkummar Rao), dejected by his failures, goes to China in the hopes of better prospects. There, he embarks on an unusual and comical journey and finds something much better – a second chance to get it right.

Made In China is an upcoming Indian Hindi-language comedy film directed by Mikhil Musale, director of National Award winning Gujarati film Wrong Side Raju. Produced by Dinesh Vijan under Maddock Films, the film stars Rajkummar Rao, Mouni Roy, Boman Irani, and explores the story of a Gujarati businessman, played by Rao, who goes to China to increase his business prospects. Principal photography began in September 2018 and concluded in May 2019.[2] Initially planned to be released in August 2019, the film is scheduled to be theatrically released in India on 25 October 2019, on the occasion of Diwali. 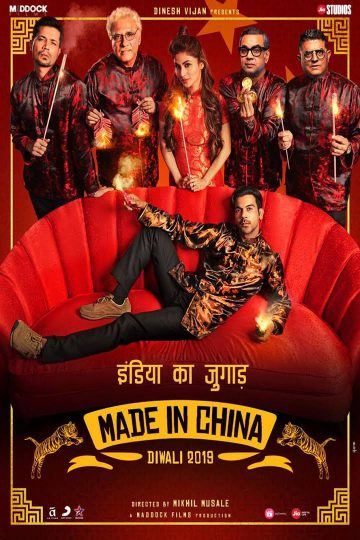