Lootcase is an upcoming Indian Hindi-language comedy drama film directed by Rajesh Krishnan, produced and bankrolled by Fox Star Studios. It features Kunal Khemu and Rasika Dugal in lead roles with Vijay Raaz, Ranvir Shorey and Gajraj Rao in supporting roles The film revolves around a red coloured suitcase and the filming began in mid July 2019.

The first look poster was released on 16 September 2019. It was scheduled for theatrical release on 10 April 2020 but the release has been postponed due to COVID-19 pandemic. It will release on 31 July 2020 on Disney+ Hotstar. 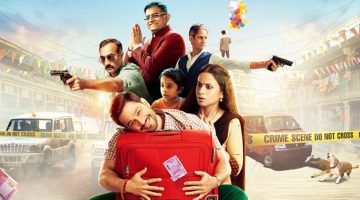