Kaanchli is an upcoming Hindi film starring Sanjay Mishra, Shikha Malhotra, Lalit Parimoo and Nareshpal Singh Chauhan. The film has been directed by Dedipya Joshii and produced by him and Shobha Devi. The film is based on a story by Vijaydan Detha, a folk story writer from Rajasthan, India. His stories have been adapted in many Hindi films including Shahrukh Khan’s Paheli. Kaanchli has a message of social welfare attached to its theme. The film tells a story of a woman who is strong and self reliant in her struggle to survive in this world. The film is set for theatrical release on 7 February 2020. 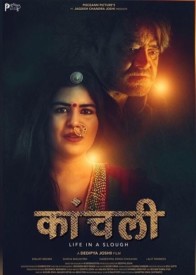