Hindi Medium is an upcoming Indian Hindi film, written by Zeenat Lakhani and directed by Saket Chaudhary. The film will have Irrfan Khan and Saba Qamar in the lead roles. The film is scheduled for a worldwide release on 12 May 2017. 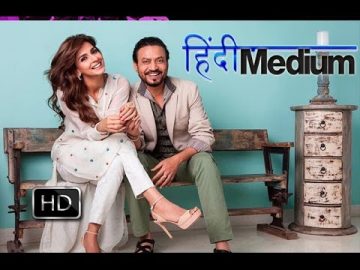