The story is mainly about a boy’s love for an older girl and how it turns into an obsession. The film was officially announced on 8 January 2020 by Vikram Bhatt with its first look poster released on social media. Principal photography commenced in August 2019. The film is scheduled for theatrical release in India on 7 February 2020. 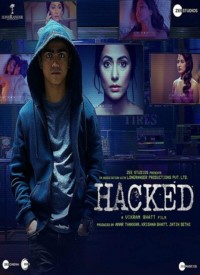