Suryakant, a simple man, leads an ordinary life in the chawls of Mumbai. However, an incident brings him face-to-face with Daddy, an underworld leader, who drags him into the world of crime.

The movie is inspired from Mumbai’s actual Dagdi Chawl which was known for gangster activities during 80’s and 90’s and was also the official residence of a gangster turned political leader Arun Gawli popularly known as ‘daddy’.

Surya aka Suryakant Shinde (Ankush Choudhary), who leads a peaceful life in one of the chawls of Mumbai is almost on verge to settle down in life by marrying his girlfriend Sonal (Pooja Sawant), meanwhile one incident happens with Surya which lands him in a situation where he has to come face to face with ‘Daddy’ (Makrand Deshpande) and his journey in underworld starts, his struggle to unassociate himself with the tag of Daagdi Chaawl lands him further deep into activities of Daagdi Chaawl and unwillingly becomes part of underworld, does he succeed to unassociate from Daagdi Chaawl or not forms the story of the movie. 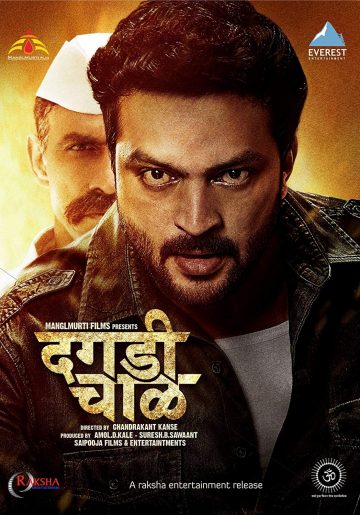