A Flying Jatt is an upcoming Bollywood sci-fi film, Tiger Shroff is playing the lead character with the role of superhero while, the Jacqueline Fernandez will be playing as his love partner in the film. A Flying Jatt is co-written, choreographed, as well as directed by Remo D’Souza, and produced by Balaji Motion Pictures. The movie is set to hit screens on 25th August 2016. 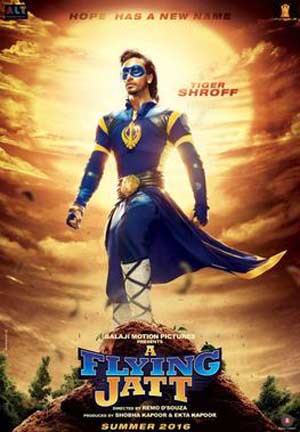